Fight the good fight...Women in uniform

Being a woman is being a warrior.
A few walk those extra miles to wear a uniform.


A few words on the inspiration behind the shoot
Pravin Talan

I believe that women are what women signify. And what better than a visible assertion of service to the nation, a uniform. Women bring their own flavor to it, sincerity, dedication, integrity and earnestness that is unmatched and unquestioned. Not being traditionally the breadwinners of the family, women don a uniform for many reasons, the least of them being to earn a living. Some come in to serve the nation, for some it is the fascination of the uniform and for some others, the restrictions placed on them as little girls gave them reason to fight.

Breaking the glass ceiling is an understatement when it comes to these vibrant, confident and trail blazing women. They are few in number. They have much to face and even more to prove. Not everything that they encounter is fair. Yet, they march on, regardless. And that is what makes me salute them, each time and every time.

I have been photographing women across various forces that include Central Armed Police Forces, Defence and State Police for a while as part of a personal project. And it has been an extra-ordinary journey. Women in uniform have been scaling new heights every passing day and now with a woman as India's Defence Minister- Nirmala Sitharaman- a lot is further set to change for good.

Vogue India carried a photo essay on my work in their tenth anniversary edition. I am pleased to share some of the pages here. You can also check the feature on Vogue India site by clicking here :
https://www.vogue.in/content/how-women-in-the-indian-armed-forces-are-ushering-in-a-new-order/#central-armed-police-forces

BSF requires highest level of training to operate in treacherous terrains and extreme weather conditions, but that did not deter Priyanka from opting for the force. Her transformation from being an inhibited schoolgirl to an assertive commando can be attributed to her obsession of donning the uniform and serving the nation.

She says, “When you patrol those barbed wires, you can’t be less professional than your male counterparts. The borders and the bullets don’t know the difference. “ 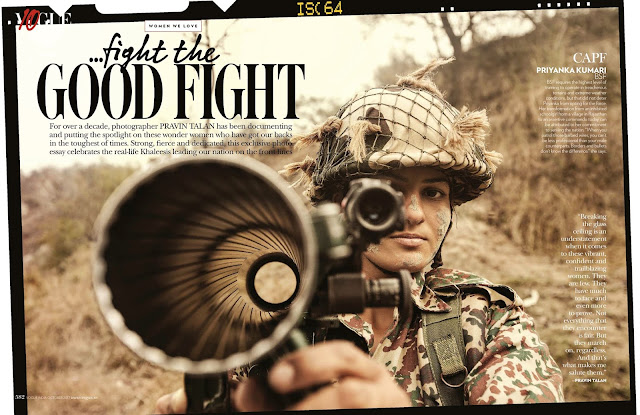 CRPF is continuously engaged in dealing with anti-militancy, counter-naxal operations in dense forests, and only the most motivated prefer to join it. She is one of them. A commando of few words and strong convictions, she trained the same as her male counterparts to operate in foxy terrains where everything is an enemy unless proven otherwise.

When asked how it felt to be holding a gun she says quietly, “ I wish it was a peaceful world but it is not.  I am on a mission. I never feel I am holding a gun; I feel it’s an extension of me. “

Braving mob fury and stone-pelting, facing frenzied crowd during election duty and subduing communal tension are only few of the hazardous situations she has found herself during her stint with India’s most elite anti-riots force -Rapid Action Force- It's a zero repose specialized force of CRPF which gets to the crisis situation within a minimal time. This keeps her bags always packed.

Their mandate to disperse the crowd with minimum harm and losses often results in getting them injured, but then, “No greater honor than serving the country and ensuring peace”, she says. 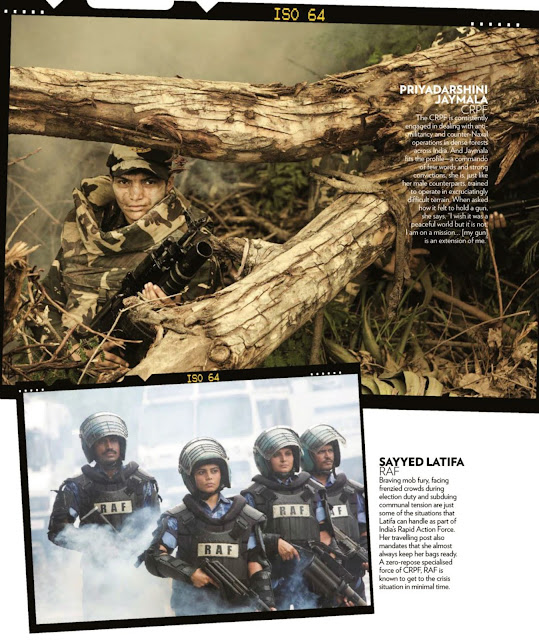 In her formative years, Sheetal had never imagined herself in uniform, but the urge to find a sense of purpose in life that went beyond the ordinary took over her being. She decided to join CISF, a multi faceted, multi dimensional and technology driven armed force capable of effortlessly adapting itself to a fluid security scenario.

She says, “CISF has given me more than just confidence, it has given me an opportunity to serve my country and brought pride to my family.”

Her first posting in SSB to Counter Insurgency Operations ensured her instant maturity as an officer. Constant threat of possible attacks on their locations made her more wary of the actual dangers her job entailed. Adversity made her even more determined, professional and protective of the troops she commanded.

On a different assignment and border now, she wants to firmly deal with the menace of human trafficking. “ No woman in the world deserves that her flesh and soul be treated like a commodity,” she says. 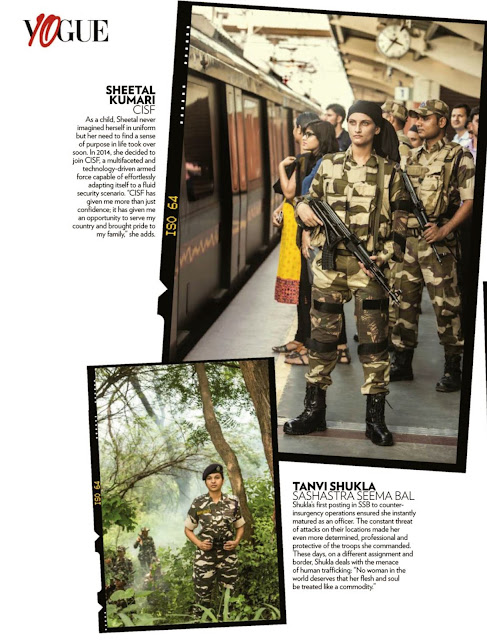 She was 15 when 26/11 attacks on Mumbai happened. The reigning chaos and constant coverage of the mayhem on TV disturbed her a lot. The ensuing stories of martyrdom and bravery of police officers she heard, made her determined to join the Police. She opted to undergo commando training and serve in the specialized unit (QRT) of Mumbai Police.

She says nonchalantly, “ My training and seniors have taught me to wake up in the morning with only one target - safety of the city and citizens.”

Hailing from a small village of Maharashtra, it disturbed Shubhangi to see the plight of villagers who had little knowledge of law and often struggled to walk into a police station even when injustice was done to them.

It motivated her to joint the police force and help those in need. The uniform defies the gender boundary. It only identifies strength, will power and the commitment to serve.

“ I feel honored to be a part of one of the best rated police forces in the world. I sleep better on the nights that I have helped someone, “ she says. 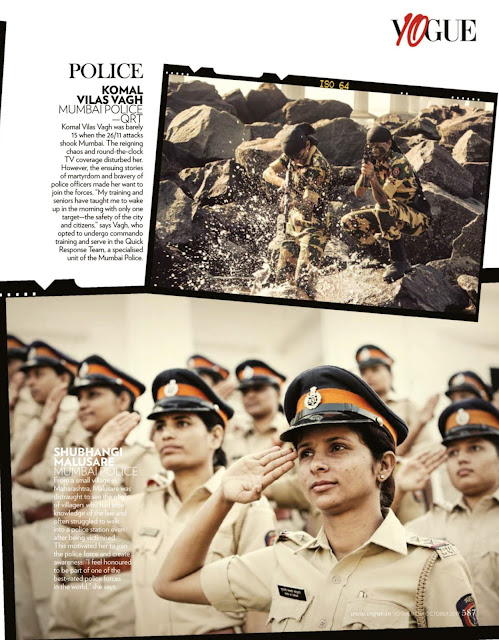 She topped the overall order of merit for Gentlemen and Lady Cadets and was recipient of President’s Gold Medal. She went on to embrace Army life with its  many challenges. Her duties as an engineer officer include commanding a Trawl tank, demining, negotiating the obstacles laid by the enemy and provide a safe and timely passage to other arms in the thick of battle.

She believes, “Army is not a profession; it's a way of life and this you realize once you don olive greens. Discipline, comradery, and concern for my subordinate have gained impetus in my life. 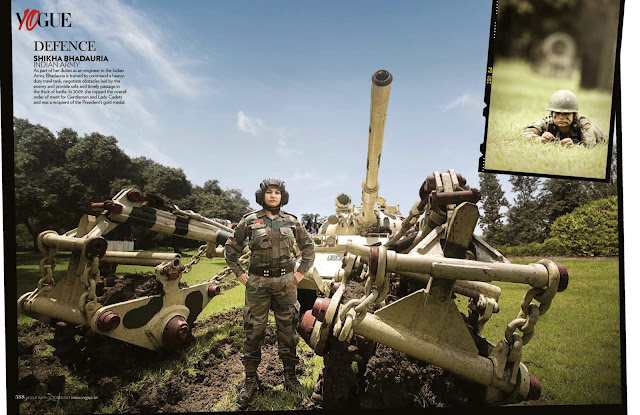 Six daring women from Indian Navy have undertaken a grueling voyage to circumnavigate the globe on a 17 meters sailboat and create history. This first all-woman military team trained extensively to face whatever contingencies might crop up in their adventurous journey across some of the roughest seas of the planet.

“Sea is gender neutral and unpredictable; it can mesmerize you with its scenic beauty and shock you with its brutality. We are sailing for peace and pure adventure and that motivates us ”, says Lieutenant Commander Vartika Joshi. 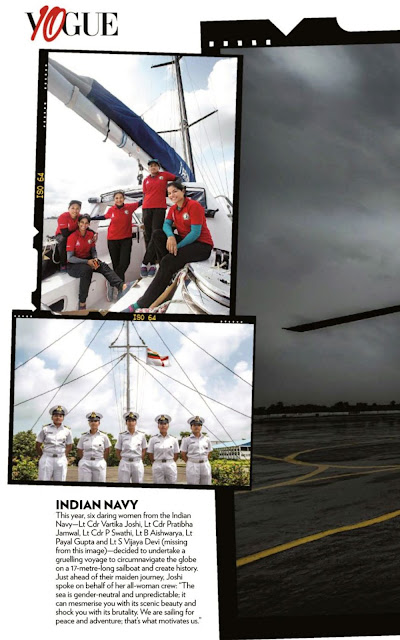 Every morning as Rupal Lamba dons the uniform, she knows she is wearing a national responsibility endowed on her by the government. As a pilot her duties are multiple. Maintaining coastal security, safety of life at sea, causality evacuations, medical evacuations and pollution response are to name a few. Braving rough weather conditions that many may find hazardous is just a routine for her.

She firmly says, “The mere challenges of military flying encouraged me to join the Indian Coast Guard. It is a way of life where ‘Pride’ becomes your passion. 'We save lives'. 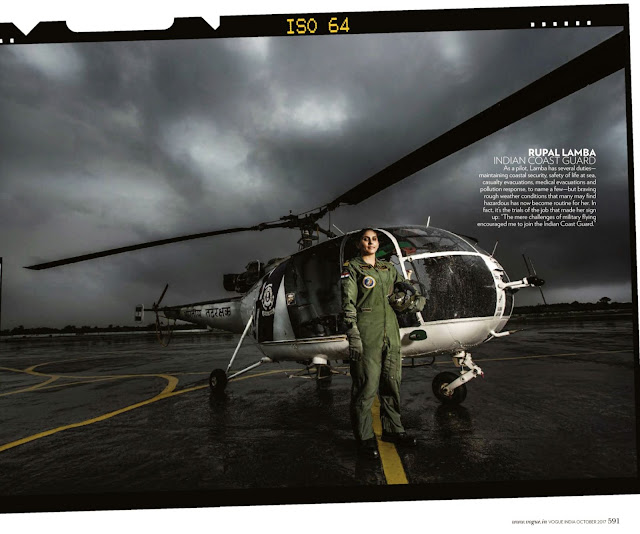 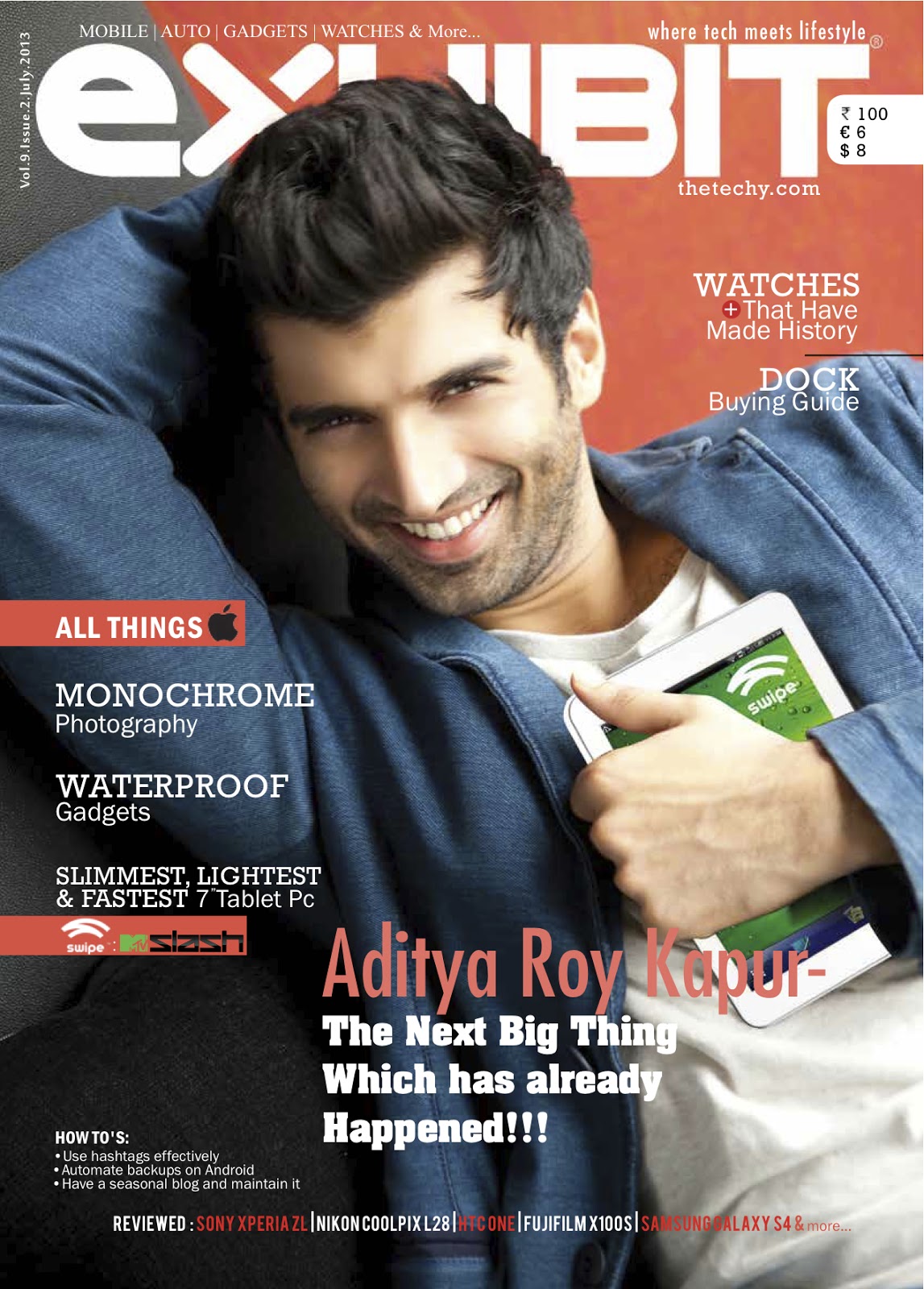