Mithun Chakraborty- the story behind this iconic photograph

MithunDa was the first bollywood star I ever shot for Filmfare many many years ago. It all happened by chance when I had met him for some other work and shared with him my wild life pictures. He loved the whole naturalness in the images and asked him if he I would like to shoot him for the magazine.
I had never really given fashion photography a serious thought till then but then here he was - the legend himself- asking to be photographed. I said yes.
Filmfare gave me some reference that I refused to shoot as it was already a famous pic of Brad Pitt. I told them of i were to shoot with him then it had to be something original and not a copy.
Dada asked Me " so whats the reference you want to shoot?" I told him a reference would be a copy and an insult to him. I told him I  had a vision of him wearing something in black with an overcoat on the rocks.
We decided to shoot close to his bungalow at Madh Island. As we waited for him to reach the spot, I got mesmerized by his Tiger walk, the long reassured powerful strides . I clicked a few shots quickly.
He reqched and asked me, " so what do we shoot?"

I smiled and said , "the shot is already done!" And showed him this pic. He was stunned and then on for years I became his favorite photographer till I drifted to work on Fashion TV productions.

This pic was widely used by him for.response  to fan mails and till date en enlargement of this is in his living room. The last time we met few months back on the set of dance reality show ,we kept talking about this pic for long.

Some pics just happen. They can't be planned. 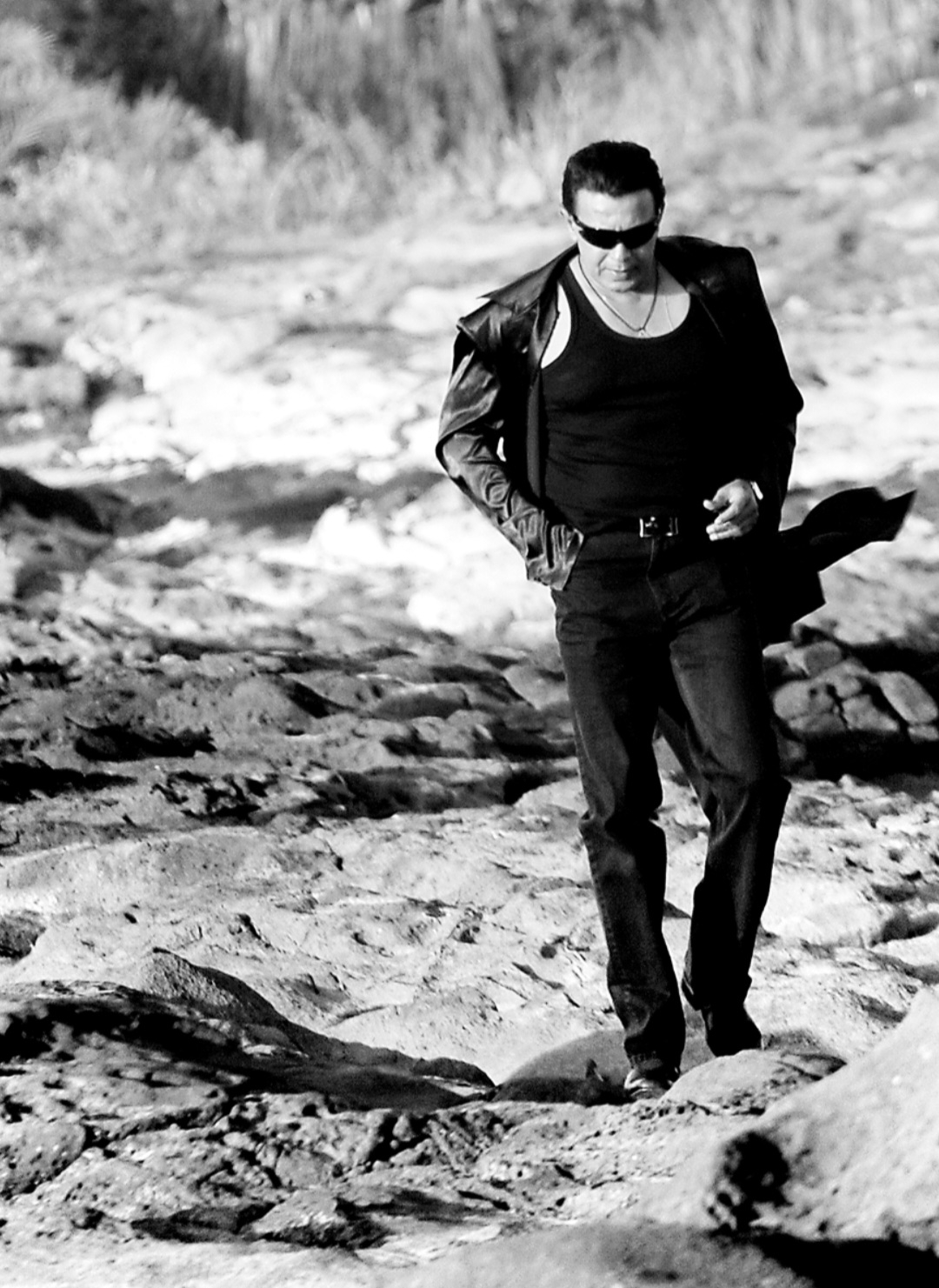